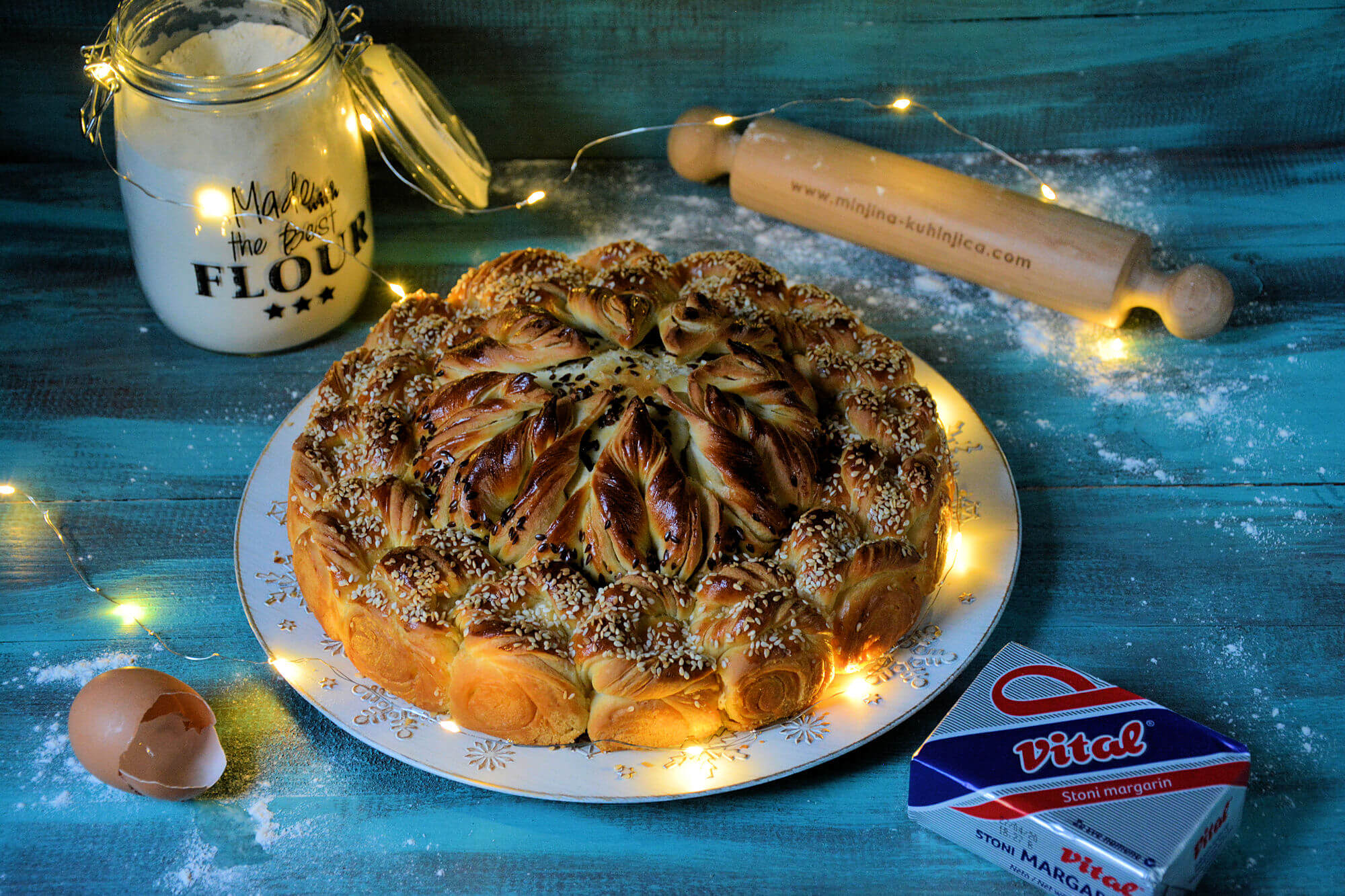 If you are thinking of a menu for the upcoming holidays, this recipe is perfect for you and as its name implies, this is just an Imperial cake? 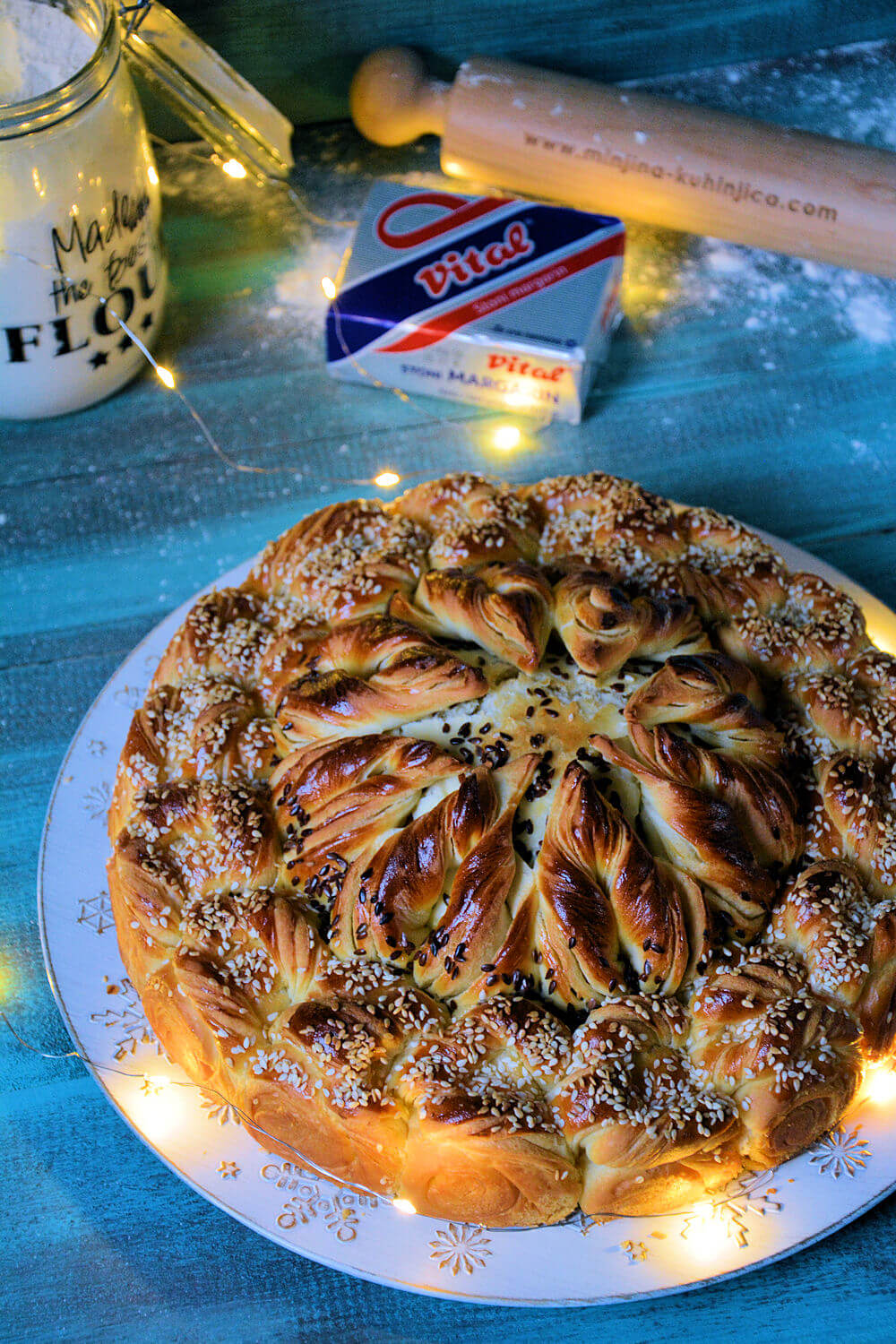 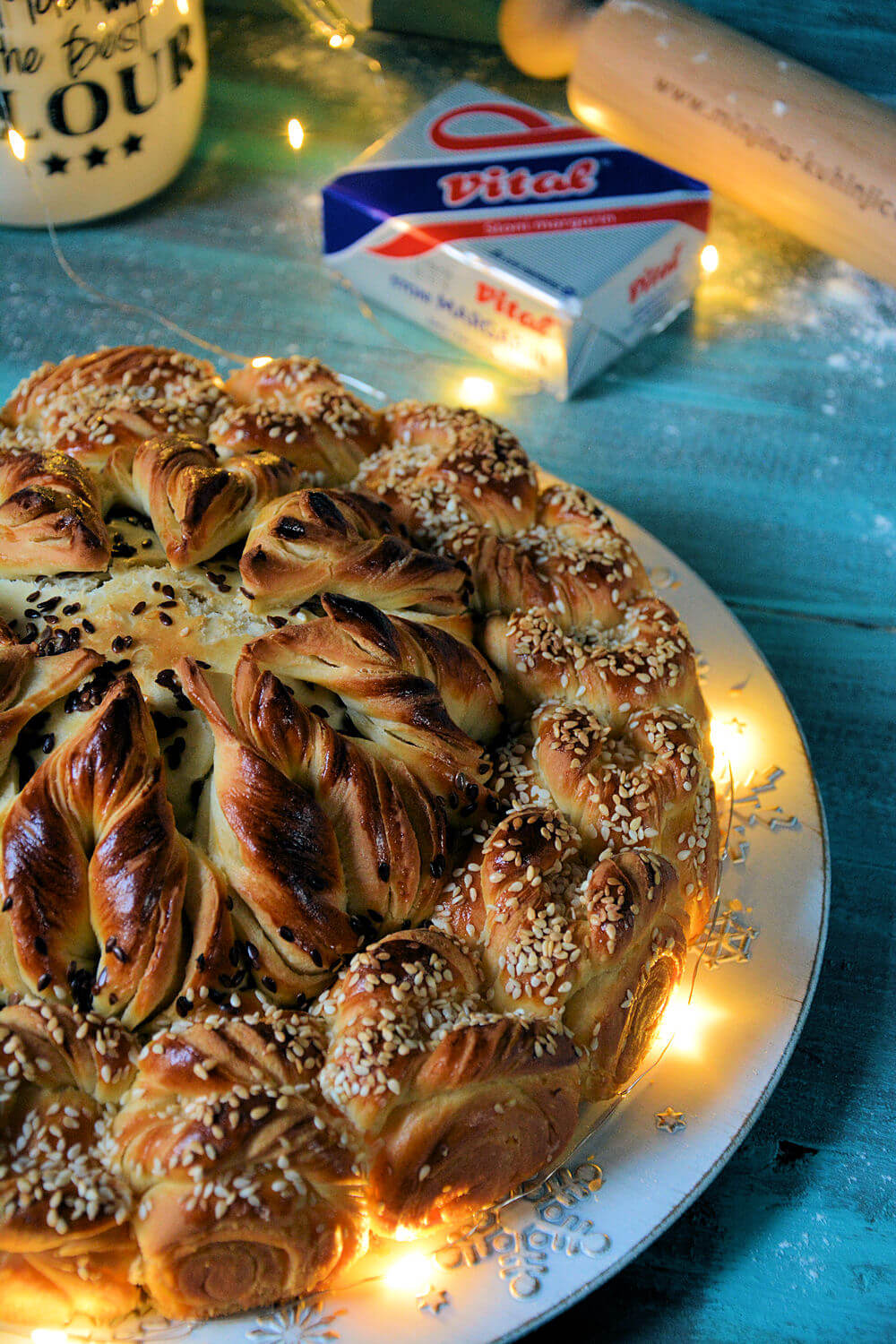 Put the crushed yeast and a teaspoon of sugar in the lukewarm milk. Stir and sprinkle with a teaspoon of flour. Allow the yeast to work for 10 minutes. Then whisk together the egg whites, oil, salt and knead the dough with flour. Leave for 30 minutes.

Divide the dough into two equal parts. Divide the first part into four parts. Spread each part separately on a floured work surface and coat withVital margarine, except for the last one. Fold each other up and stretch into a larger circle. Cut into 16 triangles. Cut each triangle in the middle. Thread the narrow portion of the dough twice through the cut section. From the wider part, start bending the dough and arranging them in a circle, 28 cm in diameter, pre-oiled with Vital margarine.

Divide the second part of the test into two parts. Detach immediately and place in the middle. Combine the yolks and spoonful of milk and coat the middle. Sprinkle with flax seeds. Divide the remaining dough into three balls.

Spread and coat the balls with Vital margarine and stack one another, except for the last one, which you do not coat. With a pinch, roll into a larger circle and cut into 8 triangles. Cut each triangle in the middle. Thread the dough portion once through the cut section.

Fold in the circle over the central part. Coat the cake and sprinkle with sesame and flax. Allow the cake to rise for another 20-30 minutes and turn the oven on to 200 ° C.

Bake for about 30 minutes. 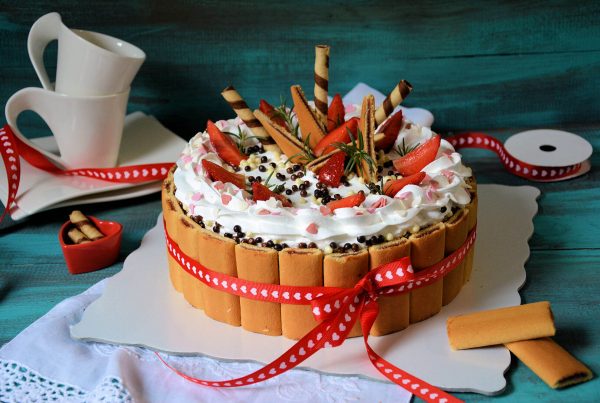 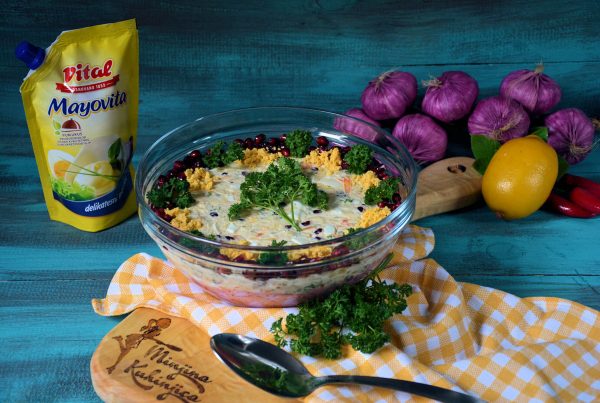 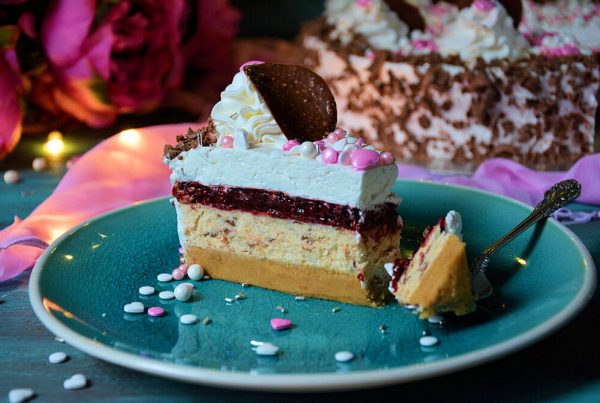